EXCERPTS from an article by Sal Khan

Researchers have known for some time that the brain is like a muscle; that the more you use it, the more it grows. They’ve found that neural connections form and deepen most when we make mistakes doing difficult tasks rather than repeatedly having success with easy ones. 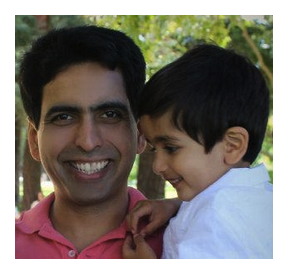 What this means is that our intelligence is not fixed, and the best way that we can grow our intelligence is to embrace tasks where we might struggle and fail.
However, not everyone realizes this. Dr. Carol Dweck of Stanford University has been studying people’s mindsets towards learning for decades. She has found that most people adhere to one of two mindsets: fixed or growth. Fixed mindsets mistakenly believe that people are either smart or not, that intelligence is fixed by genes. People with growth mindsets correctly believe that capability and intelligence can be grown through effort, struggle and failure. Dweck found that those with a fixed mindset tended to focus their effort on tasks where they had a high likelihood of success and avoided tasks where they may have had to struggle, which limited their learning. People with a growth mindset, however, embraced challenges, and understood that tenacity and effort could change their learning outcomes. As you can imagine, this correlated with the latter group more actively pushing themselves and growing intellectually.
Read the full article here.