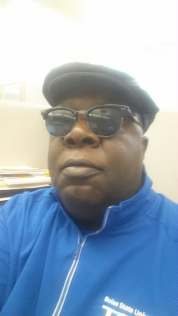 This is a needed repeat.

This piece will read like a recipe. I hope it causes people to think about what’s cooked up when all the ingredients are mixed together. I define racism as racial prejudice + power. This means racism is perpetrated against people of a certain race, by people with power. Without power, racism cannot be successful. Along with power, there are ingredients added to the mix to sustain racism. Again these ingredients can only be put in the mix by those with the power to add them, mix them, and put them in oven to watch it cook. These are ingredients I’ve taught in seminars and college courses over the years. These aren’t the only power ingredients, but they are the ingredients I see on a regular bases.

Dr. Keith Anderson currently works for Boise State University with low income, first generation students as an Educational Specialist with the Federal Program Educational Talent Search. He has been with the program for over 16 years. He has served middle and high school student from Wilder High, Parma High, and Horseshoe Bend High and Canyon Springs High schools.  In the past he taught speech communication, for the Communication Department at Boise State University, for 18 years.