In recent years, the manufacturing industry in the United States has been a skeleton of what it once was. As some manufacturers outsourced work to foreign countries in pursuit of cost savings, others simply struggled to stay alive, unable to keep up with increasing competition in an ever-expanding global economy.

From 2000 to 2010, manufacturing posted net job losses each year. Manufacturing jobs decreased 30 percent, losing more than 5 million jobs over the decade. Regardless of the cause, once proud cities like Detroit are left desolate by the relative death of the industry. 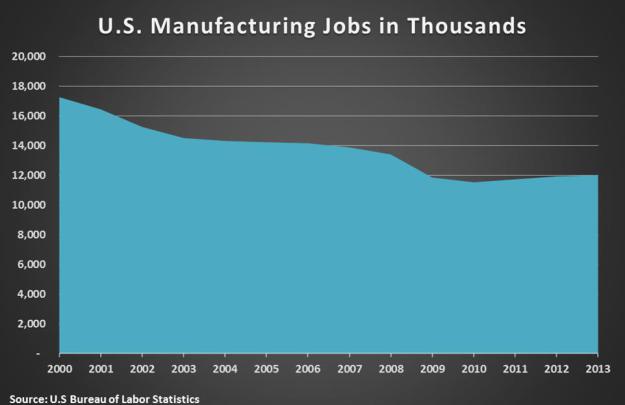 People previously employed by the industry do not have much hope their jobs will return. Despite modest growth from 2011 to 2013, the U.S. Bureau of Labor Statistics recently projected the industry will lose an additional 5 percent of its jobs nationwide by 2022.

While manufacturing accounts for approximately 11 percent of total employment in…