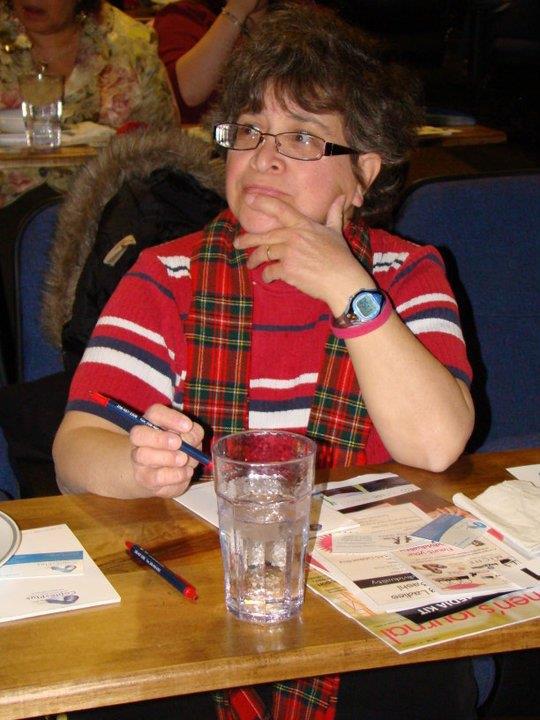 EXCERPT: “My son read chapter three of the sequel I’m working on. I wanted him to tell me if it was scary and if not, how t fix it. Since I will be publishing this book, when it is finished, I won’t post it here, but will just describe what I have so far. My Arimaspain king, Titus, is visited by a strange Raven, who tells him to disregard the Creator of All Worlds and the crow judge of the land, because they have forgotten him. The Raven touches his forehead (King Titus’ race, the Arimaspains, are Cyclops) , putting him in shadow land.”

Who is Merri Halma?

Merri grew up in Sunnyside, Washington. She has always had an active imagination and wanted to be a published writer from age eleven to twelve. She lives in Nampa, Idaho with her husband, their son and two cats.

Description of her book: Indigo Traveler
War was brewing in the world of Curá. The Arimaspian King Titus wanted the humans under his leadership. He wanted the wealth and the control of the dragon. King Titus disregarded the legends of the two hearts that the dragons gave to his ancestor, another given to a prince of the human kingdom. He also did not believe the Crow Judges would punish him.
Connor, the crow judge assigned to Curá,  shook his head as he observed the thoughts of the king. He flew to the crow court to join the hearing of the case to determine what to do. The verdict was to take the all-white griffin, to a small town in the world called Nampa and give him to the Indigo Traveler, Alexander Veh. Nampa was in the Milky Way Galaxy. The Indigo Traveler, when he would return to Curá with the griffin, would be given the three blades of the dragon blood.
___
Favorite Books

To Kill a Mocking Bird, The Sword of Truth Series by Terry Goodkind, the Bartimaeus Trilogy by Jonathan Stroud, The Harry Potter Series, and all books by Rick Riordan and the Hunger Games Series. There are many more.

Other recent articles by the author:

I felt lost and alone as I walked down a path that had opened into a clearing. As I walked, thoughts of my life swirled around at times, pounding hard,…

i Write to Write Not to Get a Quota

What makes you write? What inspires you to write? Is the money? or is it to really just to air your thoughts and allow others to comment on them if they…

The forest is dark and grey, full of noises, hooting owls and snapping twigs, though you cannot see what is that is following you. You walk alone, eager…